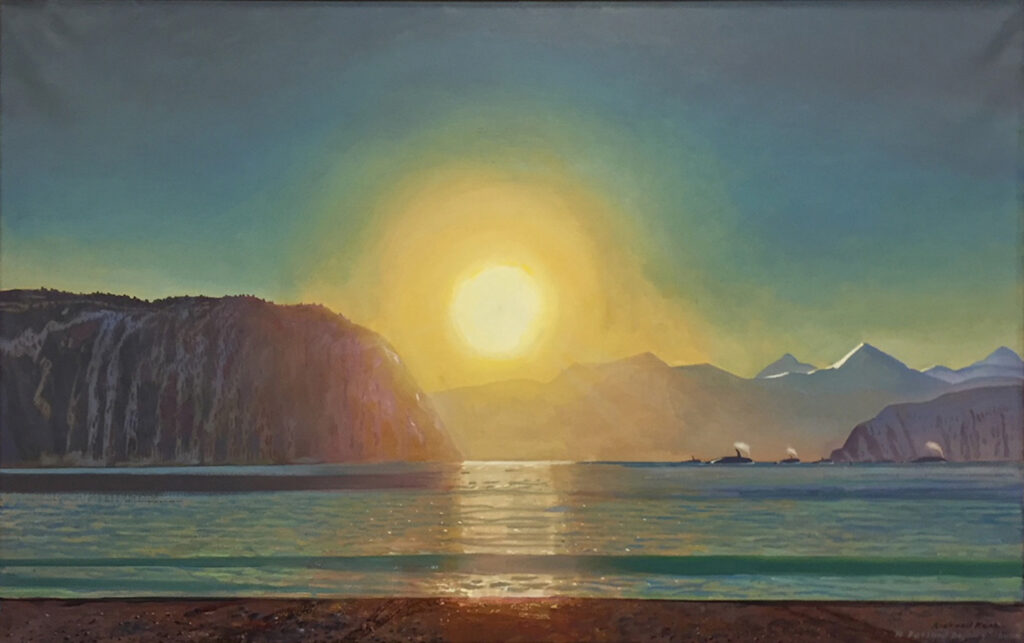 Figures and a boat, positioned along the beach in the original composition (visible now as pentimenti; see supporting illustration), were painted over, possibly in 1962, when Kent photographed the painting, on his easel, in his studio. The inscription to the Schumms would have been added in 1965, when Kent transferred the painting to the Schumms.

It was common practice by Kent, when he was traveling abroad, to roll-up a canvas (a painting) to ship to his home studio. Once back at his studio he unrolled the painting and adhered it to a board. A close examination of the verso of this painting shows no residue from an adhesive.

This painting bears a striking resemblance to “Resurrection Bay, Alaska” (AK1-30), in the collection of the Anchorage Museum. Another similar work is Alaska Impression AK2-32. 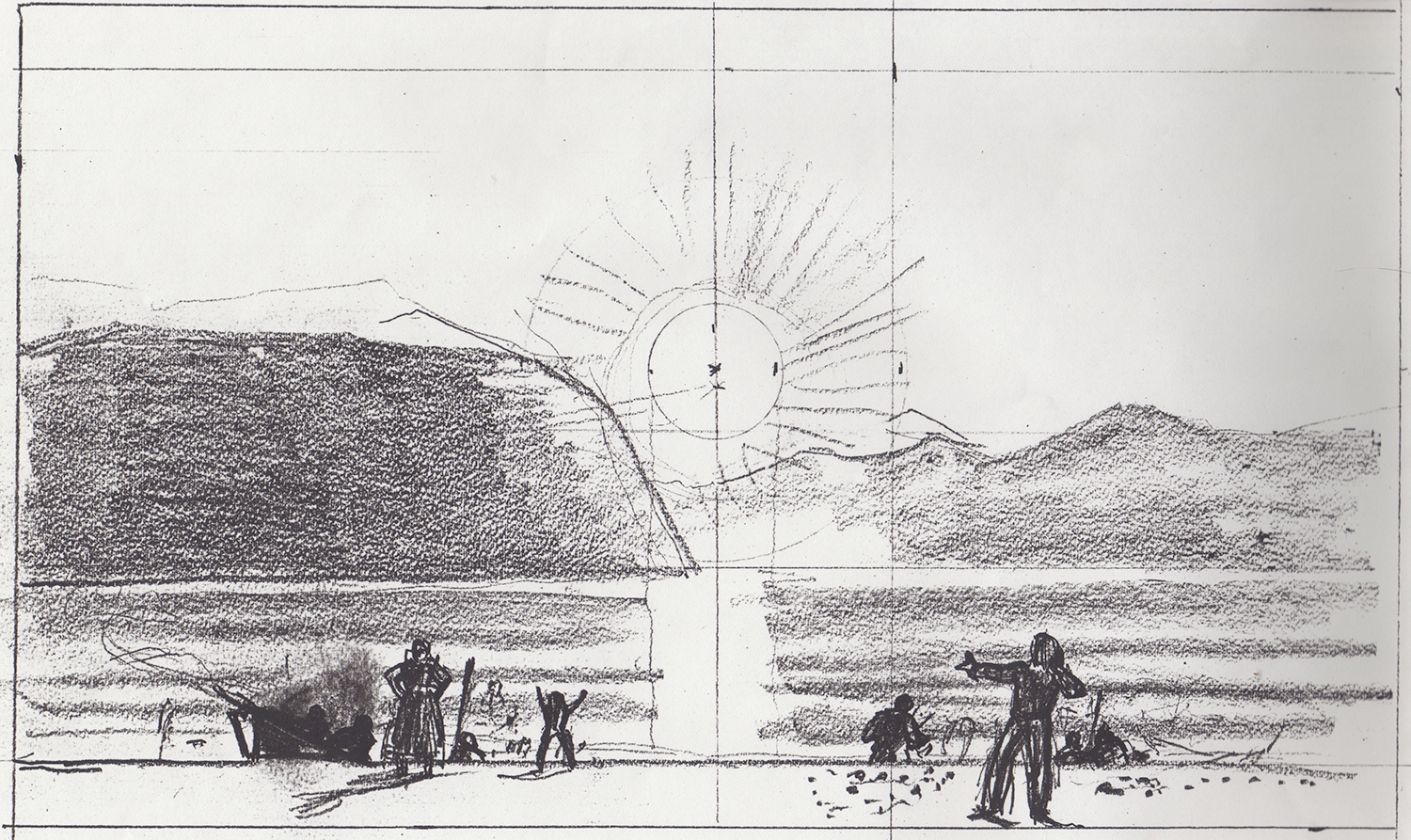 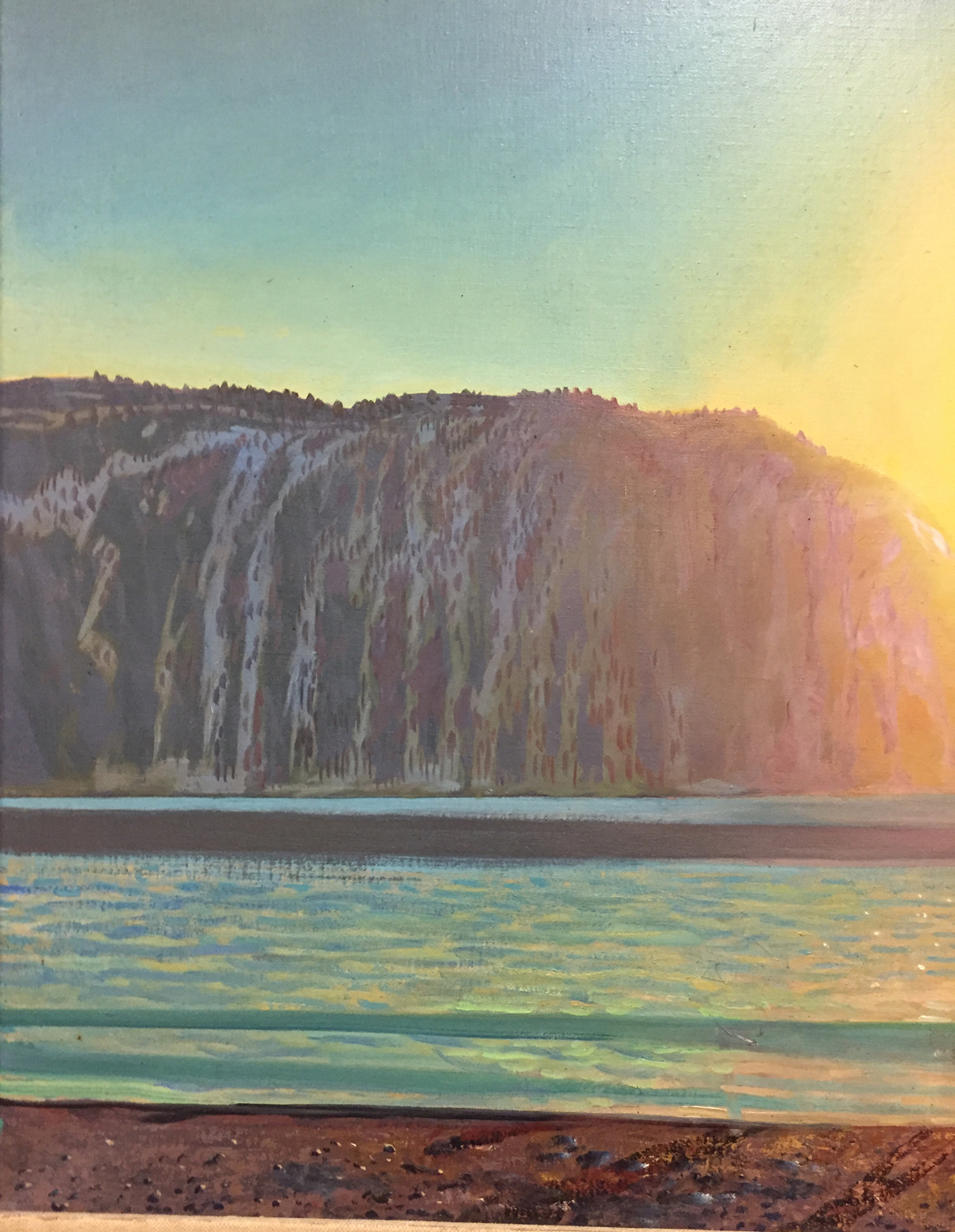