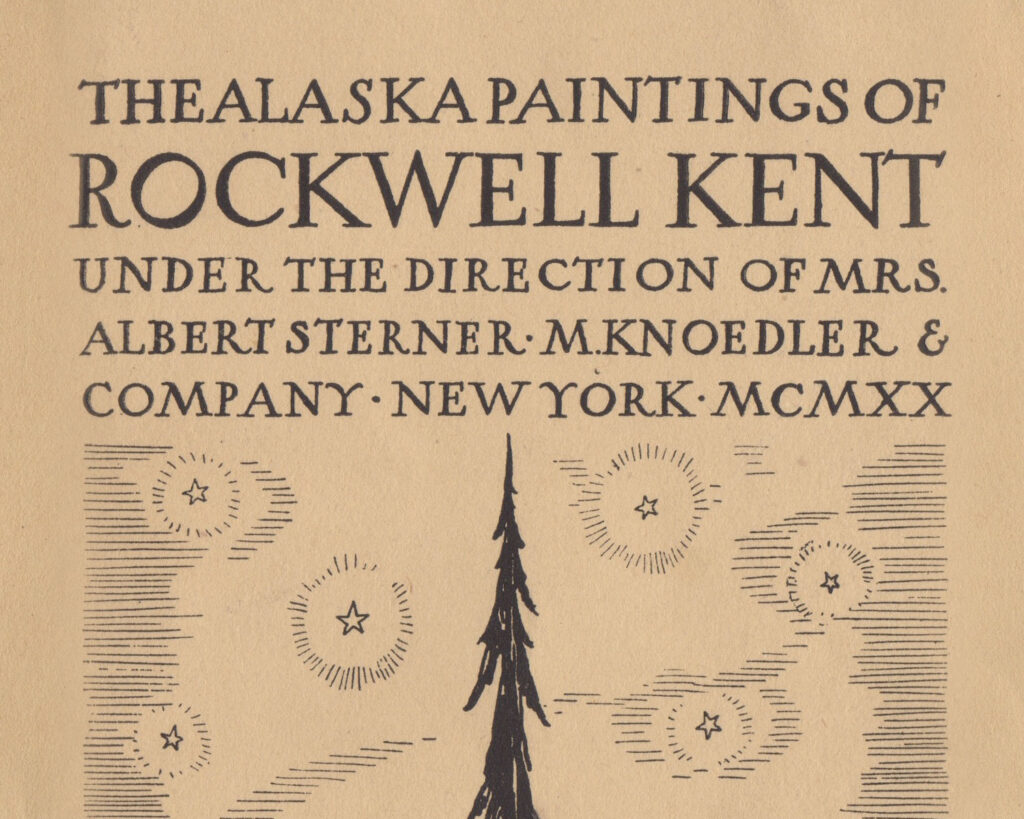 Notes:
The title “New Fallen Snow” first appears in the leaflets for the early 1924 Kent exhibitions at the Carnegie Institute, Art Institute of Chicago, and Wildenstein Galleries. It is listed later, in Kent’s “Know and Defend America” exhibition catalogue (1942-1943. #1). A typed list of the paintings for this exhibition, generated by one of the participating museums, refers to the painting as “New Fallen Snow (Alaska).”

The dimensions for this painting derive from Kent’s working list for the “Know and Defend America” exhibition.

Kent describes “New Fallen Snow,” in his “Know and Defend America” catalogue, thusly: “The four Alaskan landscapes were painted on Fox Island, twelve miles seaward from Seward on Resurrection Bay, during the winter spent there as told in the published journal ‘Wilderness.’ The country shown is characteristic of the entire southern and south-western Alakan coast.” No other descriptions, that would help identify the painting, have been found.